WeWork has emerged as a powerhouse among shared working space providers, with fancy fit-outs and a pricing structure.
8 minute read

WeWork has emerged as a powerhouse among shared working space providers, with fancy fit-outs and a pricing structure that has made them accessible for some start-ups that would otherwise be run from the kitchen table.

However, despite their best efforts to position themselves as a booming PropTech start-up, grave questions have arisen regarding that status and their commercial viability. Casting further shade on the brand, figures released this month by Reuters on parent company, We Company, indicate that behind the shiny facade there are major fundamental issues at the core of their business.

Expanding at an incredible rate, WeWork started in NY in 2010, and now boasts sites in 528 locations throughout 111 cities worldwide with more than 527,000 members. But, despite this astounding uptake, We Company has been backed into a corner, postponing their scheduled IPO after having up to USD$37 billion wiped off its valuation since January this year.

Not only did they go from starting 2019 as a USD$47 billion entity to now being valued at between USD$10-12 billion, they also lost USD$1.9 billion on USD$1.8 billion in revenue in 2018. This highlights that its revenue growth is easily being outpaced by significant losses – a serious concern for its private investors as well as its members.

This is an especially large blow for its biggest investor, Japanese firm Softbank – and it couldn’t come at a worse time, as Softbank attempts to raise USD$108 billion to back its second Vision Fund.

So how have things gone so wrong for WeWork and why are the losses so great?

1. POSITIONING THEMSELVES AS A PROPTECH START-UP


Generally speaking, tech companies have high valuations due to their combination of limited costs and prospects for mass-adoption. So, by claiming that they are a key player in the roaring PropTech start-up sector, We Company is attempting to gain a more favourable valuation position, leveraging it so that their estimated worth has at various points been as high as 15 times their revenue.

To further illustrate this impact, consider that co-working provider IWG (formerly Regus) has a similar number of sites and desks as WeWork, but instead positions itself as an office leasing company. IWG generated an operating profit of USD$61.4 million on USD$1.59 billion in revenue for 2018 compared to the losses WeWork experienced, yet it has a market capitalisation of USD$4.6 billion – less than 10% of WeWork’s peak valuation this year.

WeWork’s PropTech claims have caused a huge disturbance in the sector, with most pundits rejecting the notion that they are a tech company, and that valuing them as such is a huge mistake that sets a precedent the industry absolutely does not want.

According to Jeff Berman, General Partner at venture capital firm Camber Creek, this is based on the basic definition and dual categorisation of companies that claim to be operating in the technology sector. He states that the first category refers to businesses that use tech to facilitate a service (a genuine tech company). The second are businesses that use tech to complement a service (not a tech company).

This is why Berman considers WeWork an office leasing company and why it should be valued as such. But WeWork still runs into major dilemmas as a property entity due to their business model.

Happily riding the wave of the shared work space movement, WeWork have chosen to enter new lease contracts at the uppermost market rates, relying on giving the impression of growth through their expenditure as opposed to genuine revenue growth. This highlights an expansion-at-all-costs mindset and a reckless willingness to upend commercial property markets all over the world.

Essentially, their model is based on engaging in long-term rent agreements that they in turn re-rent to SME’s for a much shorter term (i.e. rental arbitrage). This model has worked for some start-ups like Airbnb, but the profound mismatch in the massive amount of rent WeWork pays versus what it receives from members is at the root of their problems, and without a strong IPO they are in for even tougher times ahead.

As a previous WeWork tenant, we would notice SMBs cancel their WeWork membership and vacate on December 1 each year, then after the Christmas period some would return and continue their lease from February 1.

In addition to their spurious PropTech claims and their underpinning principle of arbitrage, WeWork presents even more significant risk factors. From a macro perspective, these can be distilled down to the following issues:

WeWork, on average, has taken out 15 year lease terms on their properties, yet they operate on a principle of offering short term rentals on month-to-month agreements. According to Forbes, USD$24.1 billion of WeWork’s lease obligations are due by 2024, and another USD$22.9 billion in the subsequent 10 years.

If (or rather when) a recession hits, they will be locked into their lease obligations with incoming funds from members unlikely to cover these rental expenses.

Founded in the post-GFC era, they have never experienced an economic downturn. In fact, in the recent prospectus issued in August, We Company itself issued a stark warning to potential public investors as part of its due diligence disclosures, stating:

“While we believe that we have a durable business model in all economic cycles, there can be no assurance that this will be the case. A significant portion of our member base consists of small- and mid-sized businesses and freelancers who may be disproportionately affected by adverse economic conditions.”

Plus, if people aren’t willing to buy into the company when the economy is strong, as has been shown this year, there is minimal chance of them doing so when there is a downturn.

As reported by Inman, prior to WeWork issuing their prospectus it was revealed that they have already paid in excess of USD$268 million in landlord deposits and a further USD$184 million in surety bonds as a means of insuring their leases.

Compounding the issue, USD$4.5 billion in rent payments are backed by corporate guarantees with an additional USD$1.1billion backed by bank and financial institution guarantees. This is well short of the USD$24 billion they need to cover in the coming five years.

Because WeWork operates on the assumption that they will have access to billions of dollars every couple of months, without considerable capital investment injected soon their situation is going to go further south very quickly.

Despite announcing some reforms ostensibly “in response to market feedback”, the decision to delay their IPO indicates that We Company are still not confident that changes to their governance is enough to encourage investors to opt in.

Additionally, founder Adam Neumann – whose stated vision for We Company was the rather loose concept of “elevating the world’s consciousness” – has been ousted as CEO, and has had his voting shares slashed from 20 votes per share to just 3. Despite admitting that “the scrutiny directed towards me has become a significant distraction”, he will continue as a non-executive chairman and remains the largest individual shareholder.

While these changes are a tilt in the right direction, there is still a concerning lack of accountability, which is further shaking potential investor confidence.

The clearest answer at this stage is maybe. Should WeWork go public this year and raise USD$3 billion in the IPO, it is able to access an additional USD$6 billion line of credit. This USD$9 billion would provide them with some breathing room that they urgently need to turn the company around.

Still, they require immense restructuring, with some reports suggesting they are exploring a mass layoff of 5,000 employees (a third of their workforce) as a cost cutting exercise.

Despite being markedly smaller in scale than WeWork, We Company’s other ventures need to pick up the slack if they are to have a fighting chance. These include:

While WeWork has seen the writing on the wall, whether they can do enough to cement investor confidence ahead of an IPO remains to be seen. The long and the short of it is that their credibility as a tech company has been shattered and they are being increasingly identified as a rental landlord.

So, even though the drama has well and truly begun, it is clearly far from over. Lastly, I think it is clear that WeWork is a tech enabled real estate landlord!

Adam Neumannco-workingco-working spaceRegusWeWork
Tell us if you liked this content. 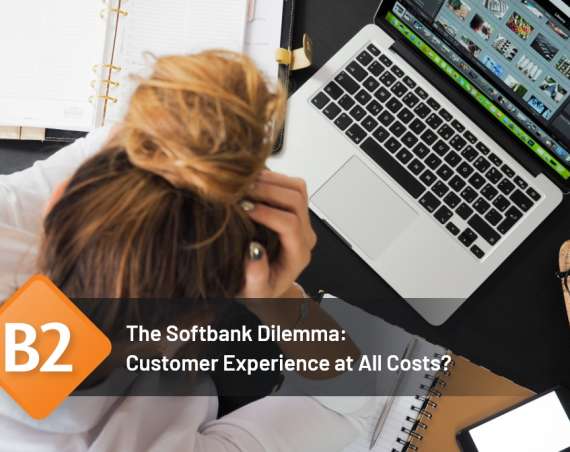 The Softbank Dilemma: Customer Experience Obsession at All Costs?