So, the iPad has finally landed!

And to refer back to the title of my post back in April, has it come crashing down to Earth like a huge white elephant, or elegantly applauded in as yet another Apple master stroke?

Before I answer that I’ll come clean and admit that I got one on the day they launched.

1- They are an extremely good presentation tool. Visually everything just comes to life on the screen. Keynote (Apple’s version of PowerPoint) can do some wonderful things and smart Australian companies will be working on some presentations for this tool and rolling them out to their sales force as I write this. If (like real estate agents) you’re presenting one-to-one, or one-to-two, there’s no better tool.

2 – The size “just works”. I was struggling to see where it would fit in the market if you already had a small laptop and an iPhone, but as soon as I saw one I instantly got it. The size is perfect. It’s not (as I feared) just a laptop without a keyboard. It’s small and slim enough to be a genuinely different product.

3 – As with all Apple products, it’s intuitive. It’s interesting that many of Apple’s products don’t even come with an instruction manual.

4 – It’s not all about fancy games and funky Apps. This thing has got some business grunt. Apps I downloaded on day one included; Pages, Numbers and Keynote (Apple’s version of Microsoft’s Word, XL and PowerPoint), as well as PDF Viewer, GoToMeeting and an App called DocsAnywhere, which enables you to sync the documents on your PC or MAC with your iPad, via iTunes.

5 – For the iPhone owners amongst you, some of the features you already know and love just work much better on the bigger version.

6 – It’s fast, particularly in WiFi mode, but it seems pretty slick in 3G as well.

7 – Battery life, the Achilles heel of the iPhone, thankfully the iPad doesn’t suffer the same problem.

1 – You can only do one thing at a time and can’t jump around from one application (or program) to another like you can in Windows. If you want to quickly dive out of “something” to do “something else” for a few seconds, you can’t without closing the program you’re in.

2 – You have to get the WiFi/3G version. If you get the cheaper WiFi only version you’re wasting your money, as the device will not be anywhere near as mobile as you need it to be. Think iPod Touch (WiFi only) versus iPhone (WiFi/3G), there’s just no comparison.

3 – Touch screen keyboards are just not that great.

So, the verdict? For this industry I think they’re a great investment for an agent, assuming that you (or your business) is prepared to work hard to create the tools that will make the iPad really blossom.

A win for Apple I think. 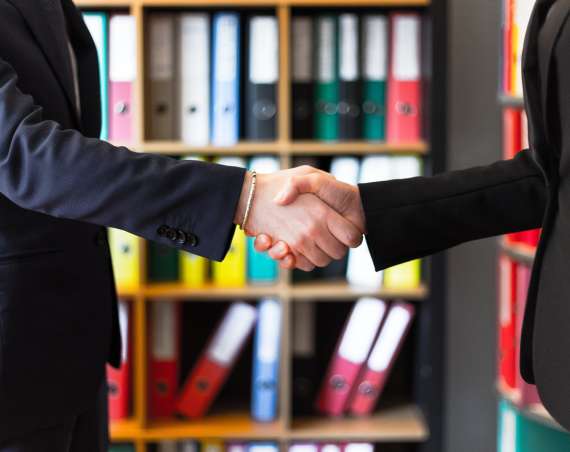 Dan White Appointed to realestateVIEW.com.au Board of Directors

Pete Richards is Head of Marketing for McGrath Estate Agents, and has been operating as a marketing specialist within the professional services sector since 1997, despite originally qualifying as a Mechanical Engineer. Pete joined McGrath in 2007, having previously held senior marketing roles within the recruitment and HR outsourcing sector, both in Australia and Europe.