Who says that real estate agents don’t like to share their marketing ideas? In fact, nothing could be further from the truth thanks to The Real Estate Community Facebook Group!

On Wednesday, in a brief but important announcement made by Edgar Natolo at the Sydney leg of the Real Estate  Rebel Alliance event, it was interesting to see that… “The Real Estate Community Facebook Group which was established on 14th February 2012 has recently welcomed their 2000th member”.

The growth of The Real Estate Community Facebook Group has been an exceptional achievement by Edgar Natolo, Zac McHardy, Simon Finlayson (and Britt Natolo who does a great job of working away behind the limelight of these 3 high profile front men as she regularly adds her touches of design flair to the group). Come and join-in on the discussion. It’s one of the most amazing real estate environment’s on the web…and it’s FREE!

Like I said in the show, if you don’t feel comfortable posting a comment or sharing, it’s always good to ‘Like’ a person’s opinion (only if it’s authentic of course) BUT sharing your thoughts and joining-in the discussion is the best way that you and other members gain the most benefit from this incredibly open and helpful group.

Note: Since it’s a Closed Group, simply ask to join. Or if you need an invite ask me or one of the current members to invite you in.

Also, after seeing Facebook roll out file sharing for groups back in May, in an upgrade which meant that users could upload file types up to 25MB in size, (excluding music and executable .exe files).

…in another strategic integration by Facebook which could be in an attempt to compete against Google Docs, Facebook has Added Dropbox Integration to Groups (announced earlier today on Mashable by Emily Price)

“Now if you want to share files with friends via Facebook Groups, you can do so via Dropbox.

Since edits are shared directly back to the group, the functionality could be ideal for group projects where several people need access and the information is constantly changing.

Dropbox and Facebook also see the feature being used to share things like videos of a birthday party with your “family Group,” or class notes with a study group you have on the social network.

Documents, photos, and videos can all be shared from your Dropbox account onto your group’s wall, and all of that content can be viewed via web as well as on a smartphone or tablet.

“To get started using Dropbox with Facebook you just have to click the “Add File” button on your Group’s page and then link your existing Dropbox account (or create a new one).

The new feature will start gradually rolling out to Facebook users Wednesday.”

On Monday’s Show, I announced that  Agent Calculator: A ‘Must-Have’ App for Real Estate Agents has recently launched additional functionality via their Updated Version 1.6.

On Tuesday, I had to speak out about “Why Enzo Raimondo, CEO of Real Estate Insitute of Victoria has Got This One Horribly Wrong!”

“Just a few questions about these stats Enzo…

1. What percentage of the word of mouth referral came via Face-to-Face or Voice-to-Voice recommendations v’s what percentage came via a Social Media conversation/channel? People are so much more connected via Facebook, etc nowadays I can’t imagine that all of those Word-of-Mouth referrals happened at the Sunday BBQ.

The #1 source, Word of Mouth is very powerful and Social Media has now turned it into World of Mouth!!

3. How many of the agents websites have blog articles or YouTube videos embedded into them? How much traffic is directed to the agent’s websites via YouTube, Facebook, Twitter, and blog articles? (often found in search results via Google)

When measuring the source of listings, it’s important for agents to ask “How did you ‘first’ find out about us?”

Wednesday’s episode highlighted why chasing visits on YouTube can be damaging to an agent’s brand and why using Property Videos Doesn’t Have To Be A Race To The Bottom.

…and on Today’s Show, I shared an insight into Why Twitter is A Powerful Tool for Real Estate Agents.

I hope you enjoy this week’s Wrap Up.

Have a fun, safe Long Weekend! 🙂 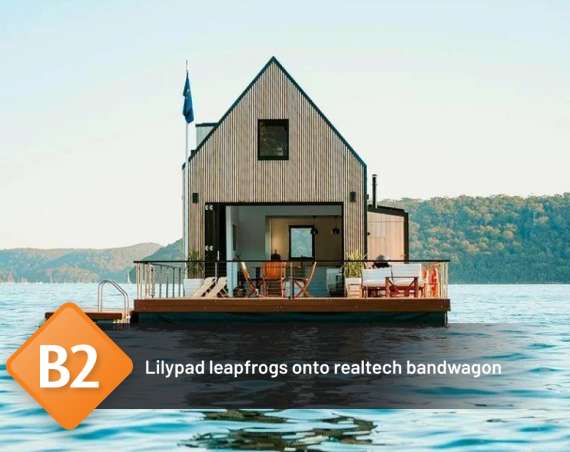 Greg Vincent The Online Guy for Real Estate Professionals is a Speaker, Trainer and is a highly respected online strategist. As a real estate professional with Internet and Social Media nous, Greg Vincent presents the how-to on getting the most out of the internet and social media without the “geek speak”. His insights into on-line real estate marketing are sought throughout Australia and valued for cutting through the confusion that locks many out of gaining full value from the web. After 20 years as a real estate agent, Greg now has multiple web-based businesses and works with some of the best agents in Australia.