Recently a BRW Cover had the title “Secrets of the Real Estate Industry” in big bold type with a sub heading stamp, “What they won’t tell you”, written by Nassim Khadem and heavily featuring Andrew Blanchut from PropertyNow. The article really takes a dive in the deep end and have some pretty strong words for real estate agents, just look at this quote from Andrew!

The veil of secrecy has been lifted; it’s not hard to sell a house, it’s ridiculously easy,” “Agents try and wrap it up in mystery as much as possible.

This had me thinking, how much has the real estate industry changed over the years to adapt to the needs of the buyer or vendor?

The coming of age of the Internet over the past decade has only really seen an incremental shift in traditional agencies, however many individual agencies are adapting their business models and like most incumbents they are fighting off set fee listing agents through pressure to newspapers, portals and industry groups. This however will not work and a new strategy has to be employed, I think one that embraces set fee listings.

Here is a quick look at some of the trends in real estate selling through, franchise groups, independent agents and private models.

Whether it be First National, Raine & Horne, LJ Hooker, Richardson Wrench, Elders, Century21, Ray White, ReMAX (about another half dozen more) or one of the many mid sized franchise groups – opening your first agency has always been better through a franchise group.

For first time business owners, it allows you to get to know the ins and outs of operating your own agency and, buying into a franchise group seems to be the safest first step, especially for the younger agents. Franchise groups have some advantages, such as buying power (diminished), networks and branding. With many owners staying on past the first few years and open more offices within that franchise.

The only downsides are obviously the ongoing costs and the issues surrounding rogue agents getting headlines for all the wrong reasons, this does not happen often, but enough for the headlines to stick around for longer than desired thanks to the Interweb. The pick of them as far as branding is concerned are Harcourts, Ray White, LJ Hooker and Richardson Wrench with many of them stuck with some pretty ordinary old time brands.

The revenue models over the years has also been evolving where some offices which have more power, striking deals with head offices to stay under the banner at a much reduced rate. Franchise groups more than any other group have had to work hard to retain value for members, mainly because office branding, television, radio and local buying power is not nearly important today as as technology and online branding. Technology will be the key for franchise groups over the next decade. Connecting buyers and sellers through useful tools in the hands of their agents.

Over the past decade I have seen some excellent smaller franchise groups, especially in Melbourne, where for some reason agents really care about the brand and its location. Just about every suburb has something unique in the marketing style. On a recent trip to Williamstown in Victoria, I noticed some quite beautiful signage and marketing. I just love great branding!

Smaller franchise groups, whilst not having the marketing power of the larger chains, are tending to focus on specific regions where they think their branding and strategies will work. Hocking Stuart in Victoria have grown substantially over the past decade with great branding on sale boards, websites and even a fleet of little Smart cars.

Smaller Franchise Groups tend to concentrate more on the branding and on specific selected regions, they do not suffer as much from a volume obsession like the larger franchise groups, although they still need to concentrate on developing technology for their workforce. Over the next few years it will be interesting to see how many grow and fade and to me, it will be the local technology they develop that will be the key!

It is great to see so many agents making it out on their own. As mentioned earlier I was very impressed with some agents in Victoria like Sweeney‘s and Williams RE as stand outs and in Sydney I am ever impressed with Harris Partners and their use of technology. Independent agents really do need to focus on the brand and customer service. Like anyone who deals with agents and technology and good marker for me of a successful independent agent is how often their front office staff turnover. Independent agents also seem to focus more on blogging, which does satisfy me no ends. Showcasing your local market knowledge has never seen so important and blogging about it, demonstrates much more to the disconnected online browser than chest thumping sales figures!

There are a growing number of Agent Assisted Private Selling sites on the market, that charge vendors a set price per listing service. These such as Property Now and BuyMyPlace are endeavoring to grow through word of mouth and online customer service. This is some undertaking, online customer service has become the norm now with large technology companies like Google, Facebook and Amazon offering customer service only through help documentation and forums. This maybe cheaper, but it also leaves a little disconnect between the product and the customer (ever tried calling Google?) and these companies have dedicated large resource to their online help. Currently they both offer telephone services, but as their customer base grows, so too must their online support become extremely impressive!

It is possible that one of these will strike a deal with a bank such as Aussie Home Loans or even prize Richard Branson’s Virgin into getting involved, then it would get interesting.

Andrew Blanchet from Property Now was recently interviewed by BRW magazine about the changes in the market and having a little dig about agents claims to secret knowledge! PropertyNow have grown substantially over the past few years and if they can get it right and strike deals with the right partners, continue their content build up, they might just be the one to stand out from the crowd. Andrew seems to be made of the right stuff, mixing it up, but only time will tell, if his business model will grow enough revenues to stand alone and be able to effectively market his offerings.

Private Selling sites have not really grown over the years. Some come and go, like www.zeroagents.com.au (was a pretty brazen site that has since gone down) tried to use the tried and busted measure of slamming agents practices as a way to get people to use their services. This clearly is an amateur approach and one that doesn’t stretch past a very minor market mindset.

The problem with private selling sites, is not that they don’t get the technology right, the problem is getting it out there in the market. Building a decent national site might only cost around 70-80k, but marketing the site nationally, costs a lot more than that. Another problem is they think they don’t spend hours a day writing unique articles, forming partnerships and getting a nice crisp message out there. They basically think that people will find them and Google Adwords campaigns for real estate are becoming prohibitively expensive. Building an online business and brand 99% of the time is like any normal business and takes years of hard work and if you don’t have something unique to offer, even longer!

I don’t know how many people I have spoken to over the years (I do, I have a list of private sites) who have the next big thing in private selling and nearly all of them get a smile, a nod and an internal yawn. Most people just don’t get how to run an online business.

There will be a successful private selling site in the future, probably from someone with Virgin’s marketing power and reach, but even then it will only grown in the bottom half of the market, those people selling from under a million (isn’t that ridiculous) 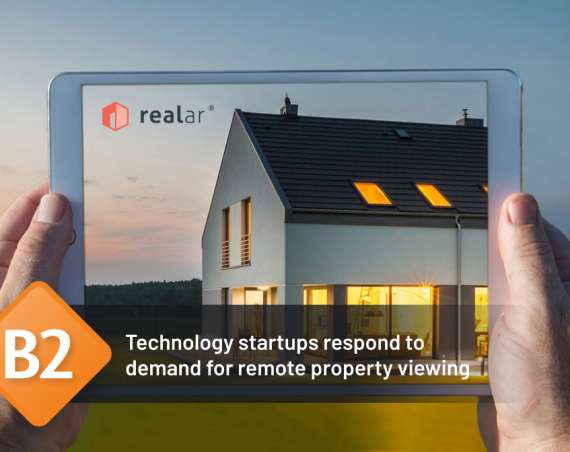